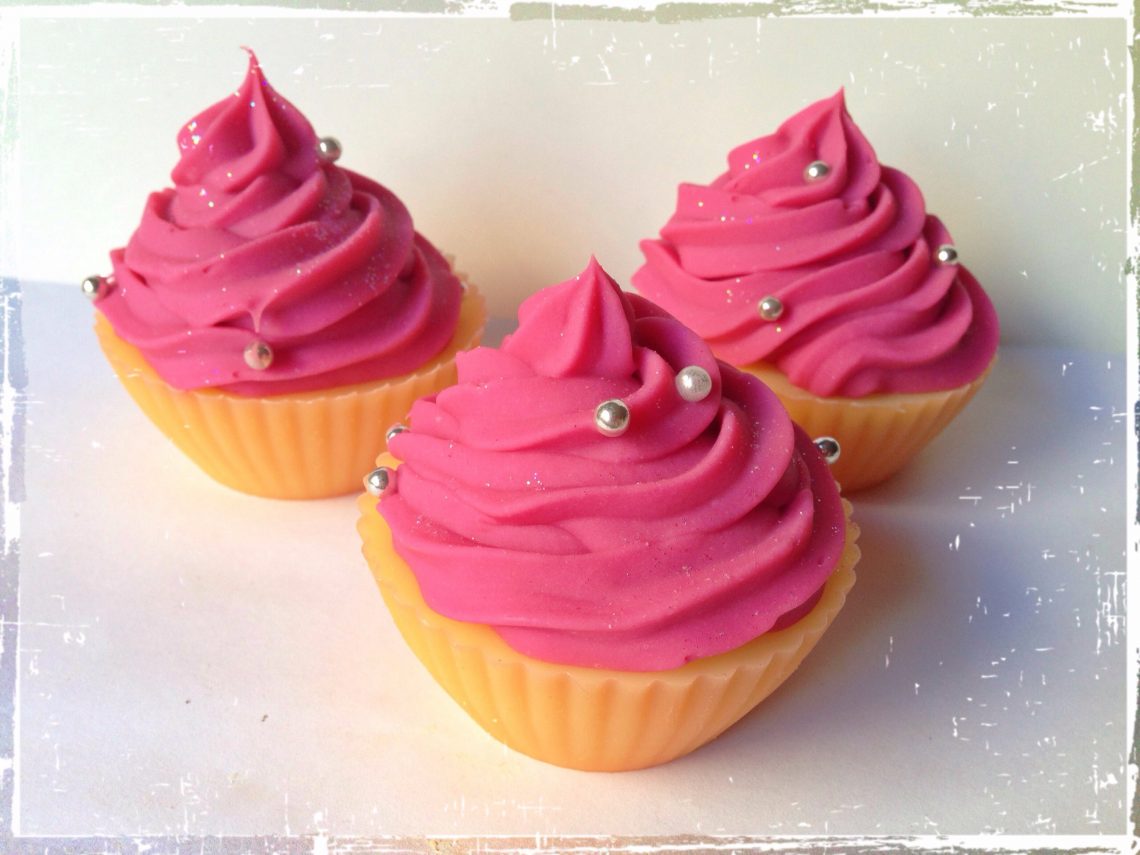 So first I melt all the oils and butters together and let them cool to about 90 degrees F.

Then I add my lye to my water and stir until dissolved and let that also cool to 90 degrees F.

While I’m waiting for my lye and oils to cool I line my cupcake pan with silicone cupcake liners.

I then mix my micas in a small amount of avocado oil. About 1 tbsp.

I then use my stick blender and mix until light trace.

At light trace I split the batch in 2.  I pour one half of the mixture into a separate container.

Now I’ll add my colorants. I pour my yellow in for the base and I use pink mica for the frosting.

I mix these in well with my stick blender.

I will now pour the base half of my batch into the cupcake liners.

After that prepare a piping bag. And now stir the frosting and then let it sit a couple minutes I go back and forth between doing this until the batter is thick enough for piping. About 10 min.

I start by piping a rosette in the middle of each cupcake to give the frosting something to build on so it doesn’t collapse in the middle. Then I frost the cupcake as you usually would.

I then add glitter and sugar pears. I used silver sugar pearls because I know the color won’t bleed into my frosting.

I then covered my cupcakes with a box and insulated with a towel for 24 hours.

To Our Valued Friends, Vendors, and Customers: