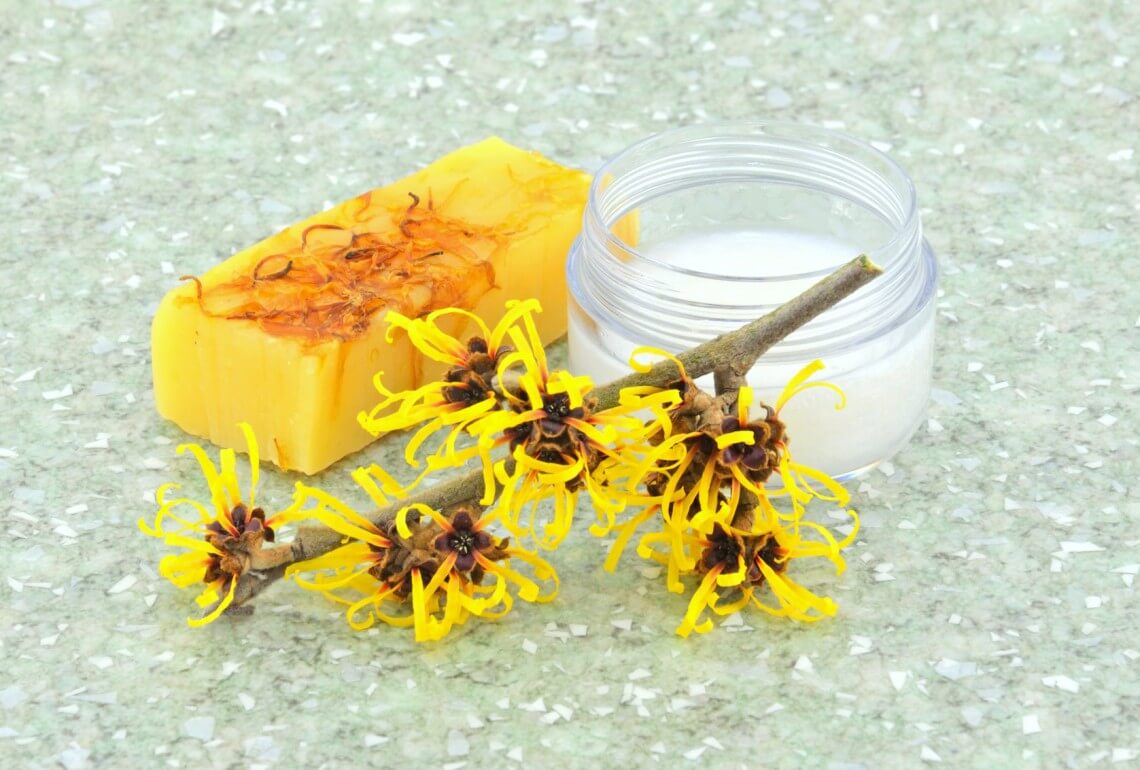 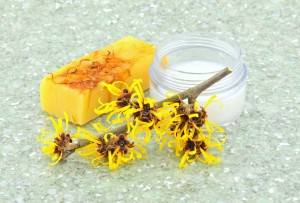 Witch Hazel, Hamamelis Virginiana, is one of the most versatile and widely used herbs: not only in the cosmetic industry but in real world applications as well.

The forms of Witch Hazel that are most commonly used are Witch Hazel Distillate Water and Witch Hazel Extract. The uses, applications and benefits for both forms range from; topical skin usage as a toner, astringent, anti inflammatory and anti itch treatment, to being a fundamental ingredient in the formulation of various cosmetic products. Before going too much in depth into what Witch Hazel can be used for lets delve into the difference between a distillate, also called a hydrosol, and an extract.

Although the finished product of the distillate water and the extract may look similar, the main, and most important, difference is in the production method. The Witch Hazel that is most commonly found stocked on the shelves of a plethora of pharmacies and variety stores is actually Witch Hazel Extract. If you read the label carefully you will notice that this form of Witch Hazel contains alcohol, usually around 14{2f217b6ef4e944ec449aa2c625e1f0e1f43c0ee840d0a16b8bf46c3ef1173473}, and this is due to the method of production used called Extraction.

Extraction is the process in which parts of the plant are first dried and then placed in a solution comprised of water and alcohol to soak. This causes the medical components to be drawn out allowing them to infuse with the solution.  The resulting combination is Witch Hazel Extract.

A hydrosol, or distillate water, on the other hand, is yielded from a very different process.  Distillate water is actually a bi-product of the steam distillation process used during the extraction of essential oils from plant sources. It is actually the condensate water left behind.  While the plant undergoes this process; a portion of its’ aromatic and healing components are absorbed by the steam. The condensation produced once the steam has returned to the liquid state is then collected resulting in a water packed full of active ingredients as well as a light scent of, in this case, Witch Hazel.

Now that we’ve covered the contrast between an extract and a hydrosol lets jump right into the amazing things Witch Hazel Hydrosol can do!

One of the most popular uses for Witch Hazel Distillate is to apply it directly to the skin as it is excellent for use on all skin types form oily to sensitive. It is found in a wide array of skincare and anti aging products. It is often used on;

As well as being used to;

-Remove excess oil, or sebum, from the skin

It is also a great anti stinging substitution to help heal small wounds such as cuts, scrapes and abrasions and can be used as an anti itch treatment for insect bites.

Witch Hazel is extremely easy to work, mild enough to be a recommended treatment for diaper rash. It is water, glycol and alcohol soluble, it’s a highly stable liquid, and is a great natural base to incorporate in various creams and lotions. Its’ crystal clear colour allows for it to be the perfect addition to formulations without changing the appearance of the finished product.

*Not applicable for Canada Post, bulk or case sizes